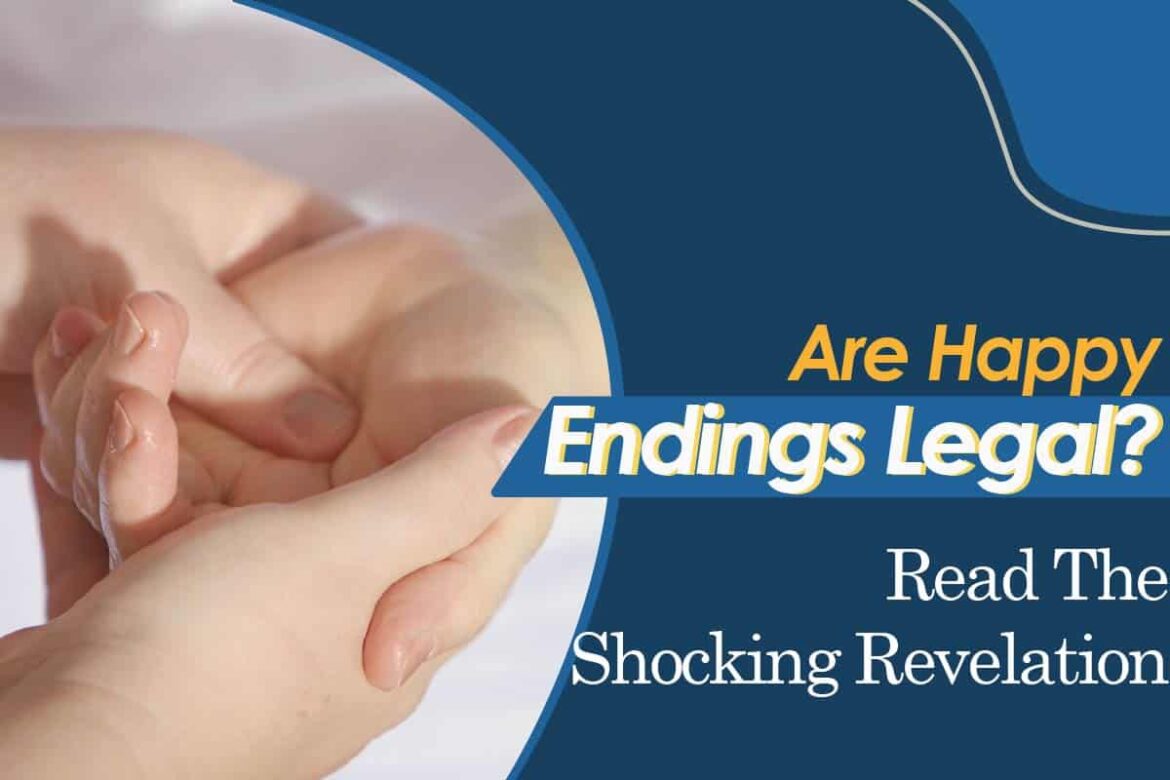 Given a chance, tons of massage parlors wouldn’t mind offering happy ending massages. Even the so-called world-class massage therapists would embrace it. Why not? Many people may like to have such a massage. Singles and couples would request the service.

Singles and married couples wouldn’t mind sacrificing one or two evenings per week or month to receive a happy ending massage. It’s just a matter of sacrificing a few hours and a couple of dollars.

However, happy endings are not so popular these days because of the question mark over their legality. Most countries and regions are against it.

There have been numerous questions regarding happy ending massages. Here’s one of the hottest topics of discussion.

However, happy endings are not legal in the United States of America, though most massage parlors may be offering it in secret. But that doesn’t mean it’s legal. It’s considered another form of prostitution, even though there’s most likely no sexual intercourse between the male client and masseuse.

There is severe punishment for massage parlors offering this service. The police usually arrest clients and masseuse. They may also close down the massage parlor.

Many massage therapists know the danger behind offering this service. So if you request it, they may call the cops on you. Law enforcement agents might also go undercover to catch those secretly offering the service.

These are the answers, but there’s more you need to know about happy ending massages. So, don’t stop here. Keep reading to know more!

What Are Happy Endings?

Every industry is doing its best to gain attention and capture more clients. Businesses are seeking ways to generate more revenue.

The term “happy ending massage” may be new to many. It doesn’t matter the number of times you have visited massage parlors in your lifetime. The truth of the matter is you may never hear your masseuse talk about it. It’s a forbidden word for massage therapists in the United States.

Now let’s go back to the definition. What are happy ending massages? They are mostly offered to clients at the end of their massage sessions. That is after you have had your full body massage. Your masseuse may decide to give you a blow job or a hand job. Some may even go beyond by having intercourse with the client.

Men and women are the potential clients for happy ending massages. But a majority of the clients are males. These include singles and married individuals.

Can You Get Happy Ending Massage In The United States?

Yes, you can. Anything is possible in this country. There are laws against stealing. Yet, theft is still rampant in the country.

Another analogy is the dark web. Most of us use the internet, but how many of us have been able to discover the dark web? Perhaps, only a handful of people have. But, if you’re highly interested in knowing, you will most certainly discover it.

So the reason you haven’t discovered a happy ending massage parlor in the United States is that you’re not serious about it. If you show strong interest, you will certainly locate one that does in no time.

Many of the massage parlors do it secretly. They know they could run into big trouble with the police if exposed. That’s why many prefer offering such massages to old or returning clients. They know they can trust such clients.

The masseuse may ask a couple of questions to know your identity. These include the nature of your job and if it’s your first time coming there, etc. If they discover that you work for the government, no massage therapist will offer you a happy ending massage.

How Are Happy Endings Done?

The first step is to massage the body. Whether it’s a masseur or masseuse, you’ll get a full body massage. Body positioning is never an issue. It’s also not set in stone.

Your massage therapist will tell you what position to take. If he or she wants you to lie down with your face up, you have to do as instructed.

For men, the masseuse may have to stroke the genital back and forth using a lubricant. Pants and towels down. The masseuse strokes the erected genital gently until the client (male) ejaculates.

Masseuses and masseurs that offer happy ending massages are good at what they do. The masseurs know how to make women climax while masseuses know how to do the same to men.

Your massage therapist may decide how he or she wants the happy ending massage to go. Clients also have the freedom to make requests. You can request a blow job or a hand job. But if you want a pleasurable experience, let the therapists decide the style and pace.

So, in general, happy ending massages can take any form. The major aim is to give the client an orgasm. It doesn’t matter if it’s a hand job, blow job, or something else.

Most people make the mistake of expecting a happy ending massage when they visit massage parlors. It doesn’t seem right. Let it happen naturally. Remember that if you request it verbally, most massage therapists might deny you this service.

How you demand this type of massage will determine how the massage therapists would react. Some may think you’re doing undercover for the police and claim they don’t offer such. So let it happen naturally, but endeavor to give the masseuse or masseur the sign you’re ready for it.

Can Couples Go For Happy Endings?

Yes, they can. It’s just a matter of understanding. It’s a sexual act, but there’s no intercourse unless both parties (masseuse and client) consent to it. So couples can get the massage.

Many couples have spoken about how happy ending massages rekindled their love lives that were dying. And yes, this type of massage can offer such a benefit.

In What Country Are Happy Endings Legal?

Just because happy ending massages are illegal in the United States of America doesn’t mean it’s illegal everywhere. Such massages are legal in countries where prostitution is legal.

Here is a list of countries where prostitution is legal. You can also receive happy ending massages here.

Decriminalized prostitution in 1999. The authorities did so because policing an illegal trade is more difficult than a legal one.

Prostitution exploded in the country in the 1990s during the recession.

Prostitution is legal, but pimping and prostitution rings are illegal.

It’s illegal, but sex workers must be over 18 years. Pimping and owning a brothel isn’t permitted, though.

There’s no law prohibiting people from exchanging sex for money in this country. But you can’t own a brothel here. It’s forbidden.

Belgium permits prostitution. What it prohibits is for an individual to own a brothel.

Prostitution is legal here. However, pimps, advertising, and owning a brothel aren’t allowed.

Prostitution is legal in this country. Sex workers bring in revenues equivalent to what big companies like Adidas and Porsche remit annually. Sex workers even have a union. They also get access to health insurance, pension, and other perks.

Where did high-class prostitution come from? It’s no other but Greece during the sixth century BCE. Pimping and brothel are permitted. The age for a sex worker is over 21.

Prostitution in Italy is legal. But some cities have devised means to punish clients soliciting for sex instead of the sex worker.

Prostitution is legal here, but sex workers must register with the government. Regular check-up is also compulsory. Brothels are legal, but street prostitution isn’t.

Since the year 2000, prostitution has been legal in the country, but sex workers must be 18 years or older. It’s legal to own a brothel, though you must register with the government and pay your taxes.

So, these are countries where prostitution is legal. You can expect happy endings to be legal here too. However, if you’re a stranger in any of these countries, you should consider asking around to know how things are done.

Though happy endings are considered relaxing, it’s illegal in the United States as of writing. The government may change their mind, just as they did for LGBT people. Let’s keep all fingers crossed.

However, just because happy endings are illegal in the United States doesn’t mean people don’t receive such massage. They do, but it’s done secretly to avoid getting into trouble with the authorities.

It would make sense if you were careful how you solicit for it. Don’t go around asking for a happy ending, as some massage therapists don’t mind calling the cops on you.

9 Things To Make You Cry: Not Everyone Can Try Number 8