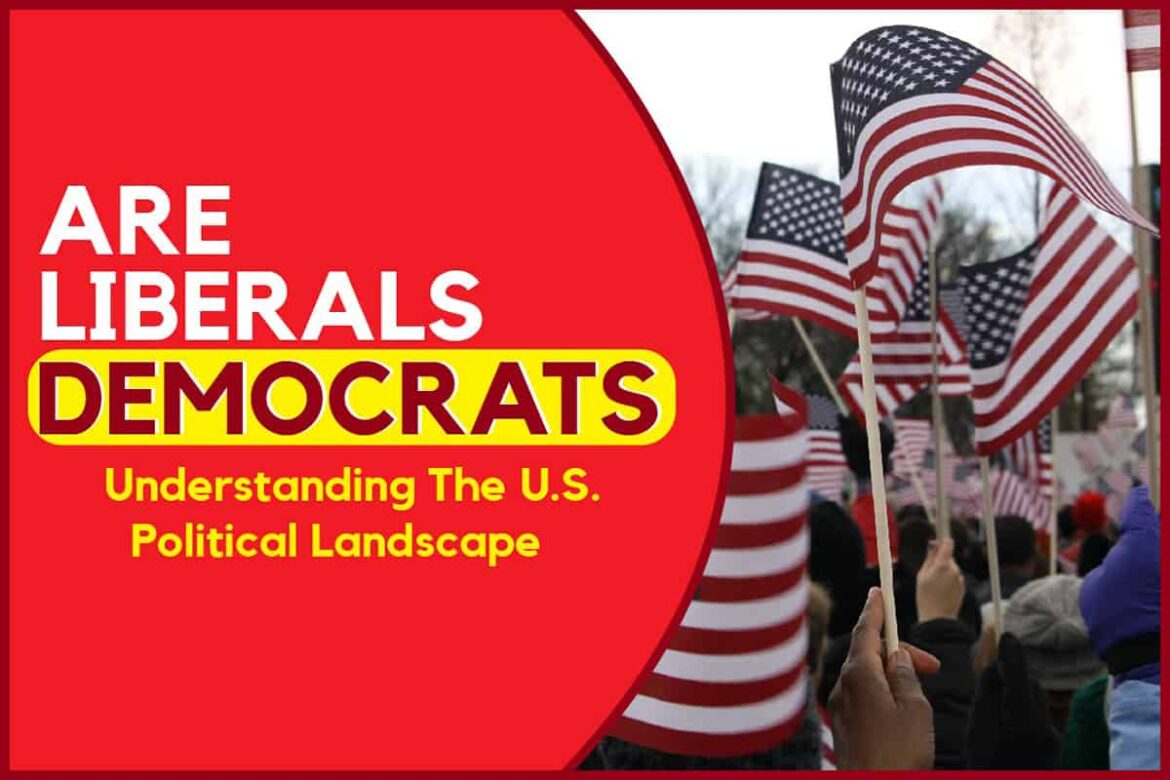 Democrats and Republicans are the two dominant political parties in the United States. Both parties also have a unique ideology. For instance, the democrats believe in a free market, free trade, limited government, etc. Republicans, on the one hand, oppose abortion on demand, faith in the private sector, and so on.

Knowing what each party stands for is crucial for the electorates that decide who their leader should be. It will also help you decide the ideal political party to join.

Are liberals Democrats? Here’s the answer.

So that’s the brief answer. But there’s more, so keep reading.

According to the dictionary definition, liberals refer to a social and political philosophy, which seeks to promote individual rights, democracy, civil liberties and free enterprise. It comes from the Latin word called “liber,” which means “free.”

Former U.S. presidents like Franklin Roosevelt and John F. Kennedy have given their definitions of the term “liberal.”

According to Franklin Roosevelt, liberals firmly believe that whenever new problems or conditions occurs that surpass women and men’s ability to solve as individuals, it automatically becomes the government’s duty to find the remedies to the problem.

He also stated that the government must use all resources and power available to resolve new social challenges, using new social controls. The aim is to make sure that the average individual in the country has the right to their own political and economic life, the pursuit of happiness and liberty.

John F. Kennedy is another great politician and liberalist. JFK, as fondly called, would always remain the liberal icon that he is.

John F. Kennedy started his definition by asking a thought-provoking question. But what caught the eyes of fellow liberals was how the President defined liberalism. Here’s a summary of the definition given in 1960.

JFK defined liberals as a person who doesn’t look behind but far ahead, welcomes new ideas with open arms without rigid reactions, and cares about the people’s welfare, such as their housing, health, schools, jobs, civil rights, and civil liberties.

Today, the definition given by these past presidents have shaped the Democratic Party and given liberals a clear identity. But what many are yet to realize is that this modern phenomenon began in the 17th century. Some liberal philosophical and political ideas had their root in Imperial China and classical antiquity.

Marcus Aurelius, one of the greatest Roman Emperors, welcomed the idea of freedom of speech, equal rights and a government that respects almost all the people’s freedoms.

What Liberals Believe In

As a moral and political philosophy, liberalism focuses on the people’s consent (the governed), liberty and equality before the law.

Liberals and Conservatives: How To Determine Where You Belong

Liberals are Democrats, while conservatives are Republicans. These two parties differ in their political ideology. But let’s be honest; none is more superior to the other.

Politics will always be a game of numbers. The more supporters a candidate has the higher his or her chances of winning the election.

There is always competition between candidates. You can even see that in debates. But this competition often waters down to their various supporters. We have witnessed how passionate supporters of each political party can get.

The just-concluded U.S. Presidential election, which brought President Joe Biden into the seat of power, is a good example.

However, if you’re planning to join a political party and doubt which would be most suitable for you, the following tips should help you.

Individuals afraid of the unknown are more conservative and less liberal:

Is it possible for people to tilt towards the conservative side of the political divide when they get scared or threatened? The answer is yes. It’s not guesswork either, as several pieces of research have proven it.

The 9/11 terrorist attack shows how much impact threat and fear can have on people’s choice of the political party. In the months after the attack, many people switched to the conservative side of the political divide.

Why did people switch to conservatives? They were afraid of the unknown. The 9/11 attack shocked the country and the entire world. People were worried about where the next terrorist attack might take place.

This explains why the then President of the United States of America, George W. Bush, had high support regarding increased military spending.

If those who feel scared for their lives and children’s are more conservatives, then those who aren’t should be what? Of course, they should be liberals. Research conducted by psychologists at the prestigious Yale University also supports this.

In the research published in 2017, the researchers concluded that assuring people that they are safe and secure encourages them to assume a liberal standpoint on social matters. Though temporary, the research outcome justifies the earlier claim that threat or fear can make people more conservative.

Individuals that share conservative views are much more resistant to change:

Research conducted for over a decade on conservative individuals indicated that their conservative views could prove helpful in certain aspects. The 2003 review of the decades of studies show that conservatives’ views can satisfy the “psychological needs” required to manage fear and uncertainty.

The researchers concluded that people prefer embracing conservatism because it reduces anxiety, fear, and uncertainty. All these put together will help to avoid disruption and change.

Conservatives and liberals have a diverse taste in arts and music:

Several researches conducted in the 1980s have also revealed that liberals and conservatives differ in their taste for art and music. While liberals prefer abstract and cubist styled arts (popular in the 20th century), conservatives prefer familiar music, simple paintings, poems and unambiguous texts.

However, these studies were conducted in the 1980s, a period marked by a varied political climate. But recent studies show that they are still valid even though they were conducted decades ago.

Time Magazine’s online survey was another eye-opener. From the outcome of the survey, Time magazine discovered that conservative readers prefer visiting Times Square to the famous Metropolitan Museum of Art.

This finding vindicates other researches claiming that conservatives dislike ambiguity and uncertainty when compared to liberals.

Liberals are Democrats, while conservatives are Republicans. These are the two political heavyweights deciding the fate of millions of people in the United States. Today, we have a President who’s a Democrat and a liberal. Should power change hands in the coming election, then a Republican president may mount the seat of power.

Whoever becomes the President of the United States of America is not the issue. The major issue is electing someone who has the interest of the country at heart. Liberals and conservatives have varied political ideologies that somehow strike a balance in the country’s political environment.

Can You Get A Virus From Just Visiting A Website