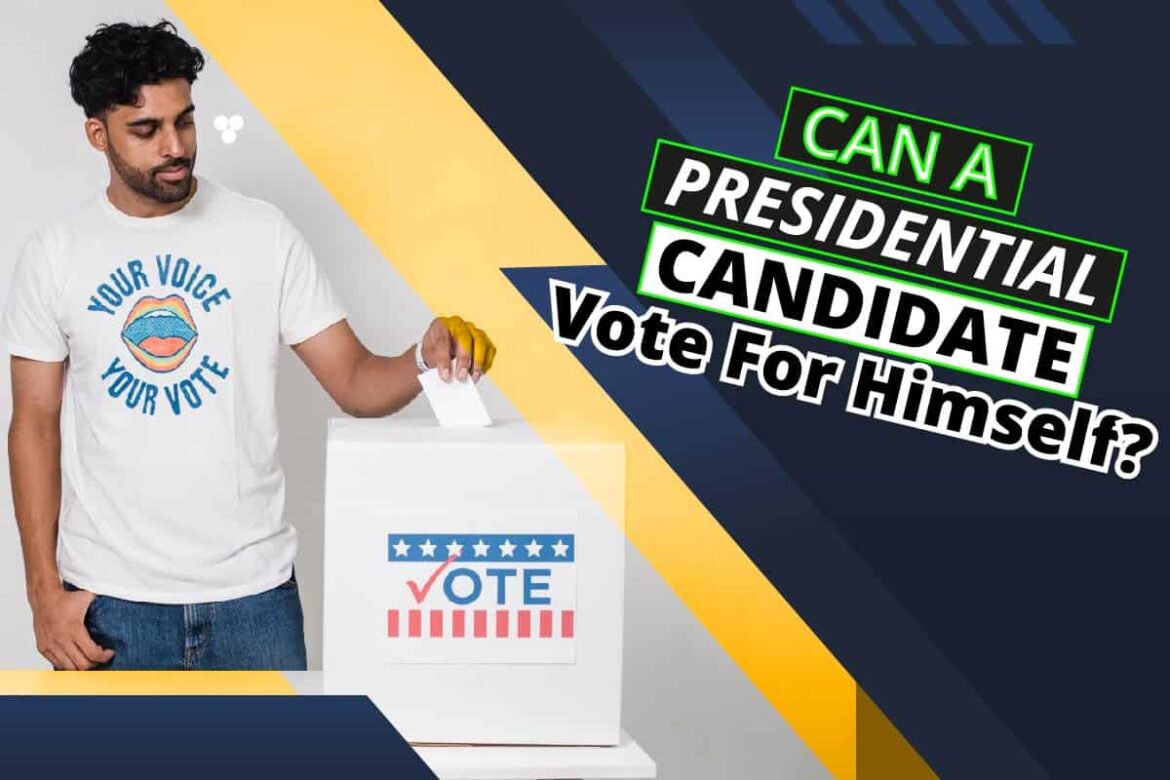 So, can a Presidential Candidate Vote for Himself?

Yes, a presidential candidate can vote for himself on election day.

Who Do Presidential Candidates Vote For On Election Day?

Since votes are typically cast inside private ballots, we can’t be sure who presidential candidates v0te for. Still, it is logical to assume that they can’t put anyone else ahead of themselves.

At the commencement of the 115th congress in the USA in 2017, the average years for representatives at the parliament was 9.4 years, and 10.1 years for senators. A little less than 12% of these politicians don’t seek reelection at the expiration of their first tenure.

People like senator Patrick Leahy have spent several times in office and wouldn’t back down for a while to come. In this case, Senator Patrick is the longest-serving senator in US congress history; he is currently running for the 8th term in office.

Politicians are always seen at the ballot centers to participate in the electioneering process and be seen publicly before the ballots are tallied. The presence of these politicians can make some voters show empathy and vote for them eventually.

Requirements For Presidential Candidates And Nominations For Primary Elections

The main legal requirements for a presidential candidacy in the United States of America have remained unchanged since George Washington accepted his official nomination. According to the constitution, a presidential candidate must be a natural-born citizen of the country or a resident for 14 years and have attained a minimum age of 35.

The situation currently is that presidential candidates must go through series of primaries in their states and caucuses where votes they get from electorates are collated. The party will assign several delegates that will vote at the National convention from each state.

Party conventions often become raucous events, and the delegates chosen to vote here don’t always represent the electorates. Though the conventions are attended by representatives nominated from each state, many party bosses often appoint delegates based on their loyalties to the political parties.

Instead of using the primary elections, the party bosses may trade convention votes for money and power when electing delegates from their respective states. The corruption of party politics is not limited to national presidential conventions alone; a wide range of corruption allegations characterizes even local party politics.

Most parties will ignore the voters at the presidential candidate election; instead, they go for reformed conventions.  States began to hold presidential primaries in the early 1900s. In 1912two time president, Theodore Roosevelt, tried to secure his presidential nomination through the primaries. A total of nine states chose and elected the delegate who voted for Roosevelt’s national nomination conventions.

Roosevelt’s failure to win primary elections in 1912 led to his fallout with his political party, and together with his supporters, they decided to form the “Progressive Party” with Roosevelt as its presidential candidate.

Though Roosevelt failed to win the presidential election in the same year, he contested under the progressive party. Still, the formation of the new party changed the political landscape of the country.

Not long after the formation of the Progressive party, American electorates launched a campaign against corruption which was successful, and this significantly reduced the powers of party bosses. By the 1920s, most political parties were taken from political party bosses’ grip in the state. The selection of candidates for elections was brought back into the hands of citizen voters.

Today, primaries have become the most universally-accepted way of choosing delegates who go on to vote for presidential candidates. Delegates are now the most consequential decided in presidential primaries while state party bosses have been relegated to the bottom of the process.

Early primaries have taken a precedence because they influence elections conducted in other states. State legislatures have now capitalized on the importance of primaries to schedule their state primaries as early as possible so that presidential candidates can cater for their states.

State delegates have become the apparent nominees and not the bosses of the state parties. The process of choosing state delegates itself can be tougher than the presidential nomination process because state delegates have to be loyal and possess some other qualities that will make them qualify for being elected to represent the party at National conventions.

To this end, the modern conventions at the National level will not lead to the selection of state candidates, instead a party will launch an election themes long before national conventions where they choose state delegates.

Presidential candidates will not only persuade voters for their nomination, they must also work hard to persuade them to win the electoral college, which is different from the main election. The electoral college determines who wins the presidency eventually and not the vote counts by numbers.

Persuading voters is not just a step towards winning the presidential election, it starts from being nominated from the state and getting endorsements of delegates.  Persuading voters come in diverse ways; stump speeches, theme songs, advertising, and sometimes negative propaganda against opponents are allowed as part of presidential campaign strategies.

Over time, the media has changed, and even though negative propaganda remains part of electioneering campaigns, the evolving media has made statistical analysis of ends and science of influence even more relevant. Today, presidential candidates are being monitored by the words they say, their actions, even their perceived thoughts.

It is quite common for the media to bring into remembrance the errors and omissions made by presidential candidates many years back. For some presidential candidates, such errors may eventually influence people’s decisions against them, and that is how opinion polls keep track of people’s following of each candidate until the commencement of elections.

In addition to theme songs, campaign videos, jingles flyers, and word of mouth, and other media campaign tools, there are strong evidences that some presidential candidates would go to the extent of bribing social media influencers to help them campaign for people’s votes and this is a new, modern way of influencing voters.

Is Joining The National Guard Worth It?

Democratic Socialism Vs National Socialism: Things You Need To Know