Democratic Socialism Vs National Socialism: Things You Need To Know 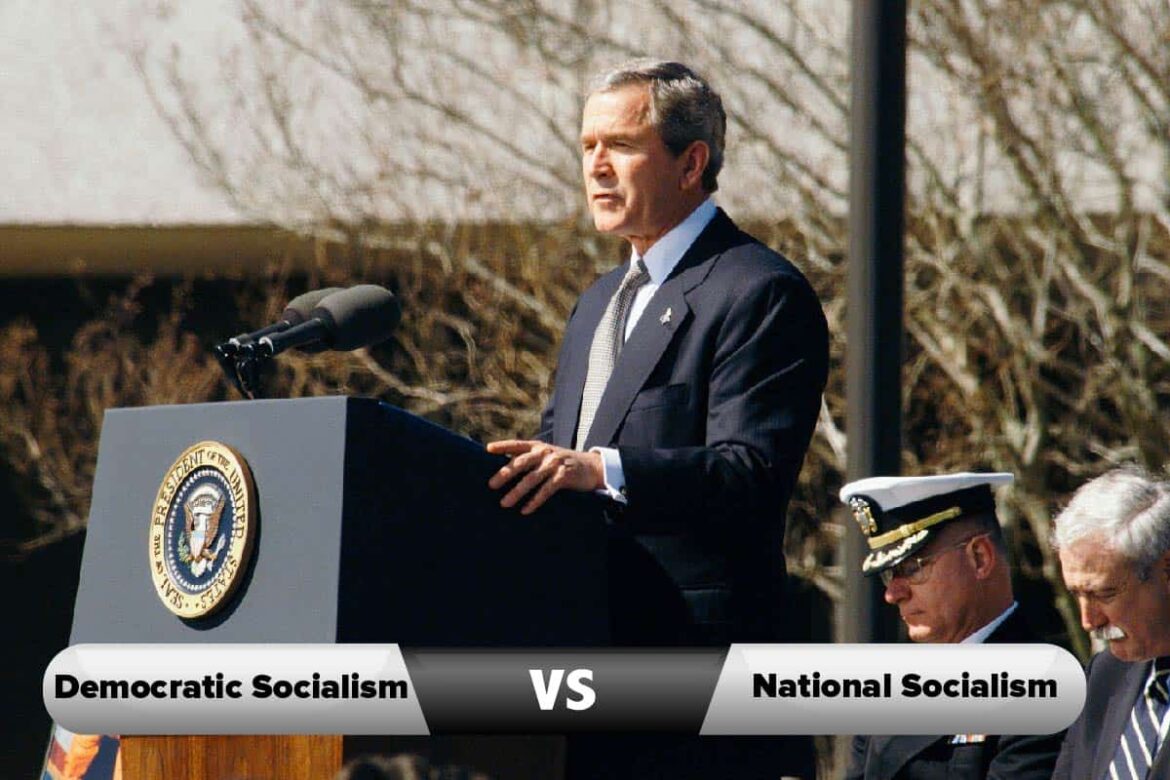 At any point in a country, democratic socialism or national socialism is practiced. Countries can practice the two types of socialism simultaneously, but one will likely practice one more than the other in most cases.

While democratic socialism favors the people more, national socialism favors those in power more, and it usually leads to strives and political upheavals. Both socialism and Nationalism claim to emphasize creating an equal society and removing class privileges, but the mode of operation of the main actors is different.

So, what is the Main Difference Between Democratic Socialism and National Socialism?

What Are The Broad Differences Between Democratic And National Socialism?

Governments that practice democratic socialism and National socialism will claim to promote an equal society, but how policies are carried out are different.

Democratic socialism involves the use of democratic instruments to reduce injustice and inequality in society. It often involved public and private entities’ participation in creating a stable and long-term inequality reduction in the community.

National socialism is an ideology, and it is closely associated with communism practiced by the Nazi government, the Chinese government, and the current Russian government system. This system aims at state control of the economy to achieve an equal society but at the expense of individual people’s liberties.

National socialism often involves the use of brutal military forces to achieve its aims, to the detriment of most people.

What Are The Main Features Of A Democratic Socialism?

Democratic socialism is more people-oriented than national socialism, and many of the government’s programs and policies that practice this type of socialism always seek collective welfare for the citizens. To implement such policies, the government imposes higher income taxes on higher-income earners. It means the more you earn, the higher your taxes.

For higher income taxes, the government makes healthcare free for all its citizens, and this is funded by the high taxes imposed. The government also nationalizes critical industries, especially those in Agriculture and mineral resources. The nationalization of industries means the country’s people are in complete control of running, establishing, and hiring their fellow countrymen and women to work in such sectors.

Free education at all levels is a very critical component of democratic socialism. The free education provided is funded through the collective taxes from personal incomes among the working population. In many cases, free education is extended to citizens of other countries within a region.

Democratic socialism emphasizes equality of all opportunities. The state re-distributes resources, primarily from higher and medium earners, to ensure that even the most vulnerable, unemployed have access to essential services and infrastructures.  The structure does not insist on equality butt strives to achieve equal benefits and rights for every member of the society.

These public companies are regarded as national assets or natural monopolies; rather than the government having complete control over individual organizations, the government implements rules that protect workers and consumers from exploitation. This does not mean that socialism does not encourage private partnership.

What Are The Main Features Of National Socialism?

Karl Marx first defined communist governance and political ideology. From his description or definition, National socialism is about using dictatorial capabilities while ignoring democratic norms. Still, leading players must target the result in the overall interest of the people.

While both national socialism and democratic socialism agree that the people’s interest should be the primary aim of governance, the ideology behind achieving this aim is quite different.

Karl Marx also advocated for the overthrow of capitalism through revolution and then creating a new economy where industries and critical sectors of the economy will be owned and manage by the government, rather than the private individuals.

From Karl Marx’s definition and ideology, it seems the government is given more power to control all sectors of the economy. This is entirely different from the doctrines of democratic socialism that empower private individuals to run all the economic sectors.

Karl Marx’s ideology on communism worked in countries like the Soviet Union in the early 20th century to create a vibrant new economy, even though it was repressive. The removal of individual liberty and freedom completely overrides all gains made by the government. This system of governance is autocratic in every way.

Today, several governments in many countries practice a mix of national socialism and democratic socialism. A country like the United States of America practices National socialism but without the autocratic components of imposing undemocratic laws. In the United States, where axes are still high, you still have to pay out of pocket for specific health treatments, and you still have to pay for insurance.

Summary Of The Main Differences Between Democratic Socialism And National Socialism?

Most prices of goods are determined by the free-market under the democratic socialism, but in National socialism, prices are only determined by the government. The redistribution of resources through taxes and benefits are important in democratic socialism while wages are set by the government in a National socialism to give equality according to ranks of the people.

Despite the equal opportunities offered under the democratic socialism system, there is still a high tendency for private organizations to exploit loopholes that will make them pay much less in taxes.

The democratic socialism government makes use of an existing financial system and here are attempts to reform. In national socialism system, the control of finance and state resources are handled by the government.

From the main differences between democratic socialism and National socialism, it is clear or evident that democratic socialism seem to have the upper hand, especially for the middle-class and lower class poor people. Since the system allows a collective distribution of wealth and access to all amenities like social welfare, free health and education, it is only logical to opt for such.

A number of countries have switched between these two forms of socialism in the past especially hose wih los of economic unrests that last for decades. Economists believe that both types of socialism has the positive and downsides and until governments practice both they may never know which one best suits the people. The most important thing here is ha the welfare and liberty of the people must be respected.

Why Do Eggs Make Me Poop? Nutrient Profile And Egg Allergy And Sensitivity Issues