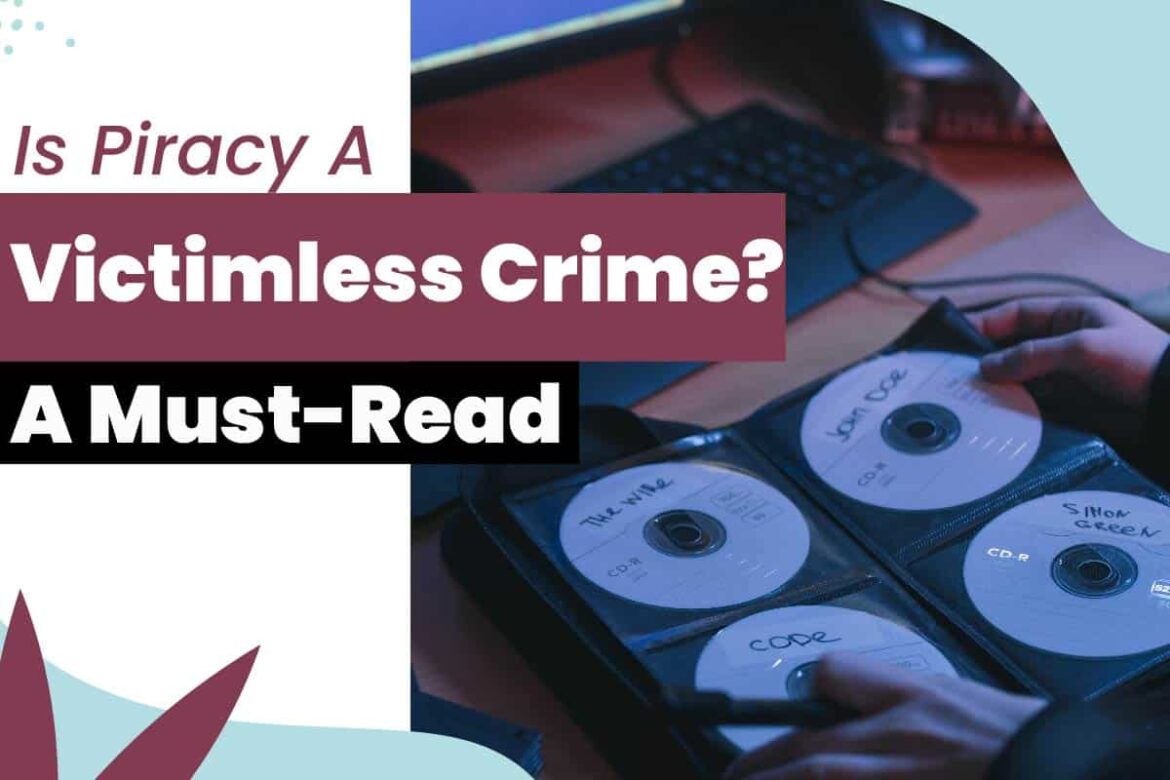 A lot goes into music, games, software, music, and other intellectual properties people are creating now and then. These professionals invest so much time, energy, sweat, and blood to bring their content to life.

The aim is not only to entertain people. Besides that, every professional want to recoup their investment and make profits.

Now, this leaves us with a crucial question.

Is piracy a victimless crime?

Yes, it is. It would be unwise to think otherwise. For a long time, pirates have used the first amendment to make their criminal acts look normal. They claim since the first amendment supports the transfer of information via electronic means, piracy isn’t a crime.

Software piracy has increased over the years. And pirates are not looking like they are planning to quit anytime soon. Most of them even believe they duplicate copyrighted content like software because of the hefty price point some have.

Some claim the pirated copies allow them to test the product. They hope to pay for the original copy, provided the pirated one makes sense.

All these are mere excuses to make the pirate feel good and continue committing the crime. Piracy is not a victimless crime. The software engineer, end-user, distributor, and employees all suffer from it.

Billions of dollars and thousands of employees have lost their jobs because of piracy. Many promising companies have also folded up, thanks to piracy. We may never get to see their products again.

This article is centered on piracy. Continue reading to know more!

The definition of piracy shows why it’s a serious crime. It’s is a criminal act, and criminals end up in jail for their crimes.

So piracy can take place in many ways. These include DVD/CD piracy, cable piracy, and video piracy.

Softlifting is another form of piracy. It’s the most common of them all. It involves sharing a program with multiple people, even though the license agreement doesn’t support such.

Pirated copies of copyrighted content are always low quality. Why? You can’t expect a pirate to invest the same resources, time, and expertise to produce something similar to the original content. They always go for lesser materials so that the duplicate would be cheaper than the original product.

So, pirated contents are counterfeit. The pirates are only looking for how to fill their pockets with cash and nothing more.

That’s why they are into the business in the first place. They don’t care about the end-user, individual, or company with the original idea. They sell their pirated copies for far less than the original content.

Let’s look at the various content or intellectual properties that are prone to piracy.

These contents are a bit easier to pirate. But frankly, anyone with brains can pirate just about anything.

Is Piracy Truly A Punishable Crime?

Most applications are quite expensive. Some even require a monthly subscription, and the total amount for a year might be outrageous. But the question is, does that give pirates the right to duplicate the applications? The answer is no.

If a program is too expensive, look for an alternative. If you can’t find one, forget about it or stump up the cash to purchase it. Using the fact that an application is expensive to duplicate the content is a crime. There’s no sense in that.

The app’s price is what the owner feels is right, giving the amount invested in producing and getting the product to the market. If the price is going to change, it’s in the hands of the owner, not pirates’.

So, yes, piracy is a punishable crime. It’s theft since the content was copyrighted. Strict laws that state what people can’t and can do with purchased films, books, software, and others, are there for all to see. And it’s piracy when copyrighted content is duplicated without any written authorization from the original owner.

Let’s add to the reasons why piracy is and can never be a victimless crime.

The Different Types Of Piracy

Piracy can be in various forms. It’s a punishable crime, and ignorance would not be acceptable in the law court. So let’s look into the various ways software piracy takes place. It will enable you to make an informed decision.

Many people are guilty of this. It involves downloading a file or document directly from the internet or buying online applications via a compact disc. There are also diverse ways pirates conduct internet piracy. It can be by using a website that offers free software downloads, selling an illegally obtained program via auctioning, and using a P2P server, which transfers programs.

This form of piracy is self-explanatory. Counterfeit are products that look like the original. Such products are modeled after the original product but are quite different. The pirate may have obtained the copyrighted product legally or illegally before its duplication and distribution. The distribution can also be via sales to other users or not. Pirates distribute the pirated content via compact disc too.

This type of piracy concerns the user. It occurs when one buys software and installs it on multiple devices using the same license. If the license agreement doesn’t support reproducing software, then that is piracy.

Check your server license. If it states that only two clients can use it, but you have four, you have committed overuse piracy.

The desire to make more profit forces many individuals to make questionable decisions. The hard disc loading piracy has to do with individuals or businesses selling computers loaded with illegal software. They normally do so to make the computer system more attractive to proposed buyers.

Can You Go To Jail For Piracy In The United States Of America?

First and foremost, piracy is a criminal offense. In the United States, copyright laws are quite strict. They involve criminal and civil penalties.

So, yes, you can go to jail for copyright infringement. You can even pay a hefty fine or serve jail time and pay civil damages to the tune of 150,000 to 250,000 dollars. You could spend five years of your life behind bars because of piracy.

It doesn’t matter if you pirated a game, film, software, book, music, etc. Just have at the back of your mind that if caught, you could face stiffer punishment.

Can Piracy Ever Stop?

Professionals in the movie, software, and gaming industries keep incurring massive losses due to piracy. With all the effort invested in the fight against piracy, it seems pirates are always a step ahead.

Besides the anonymity in which pirates operate, the availability of various distribution channels makes it possible for piracy to thrive. Years ago, people avoided pirated content without thinking twice. The reason was partly because of the hurdles one has to go through to use the pirated content. Then, you had to download, convert, and coaxed multimedia content before viewing it. And after all the stress, the audio and picture quality might be poor.

The truth is the drastic reduction of piracy is possible. The bodies responsible for the fight must think outside the box and work together to end it.

Here are some tips to end piracy across various industries.

The government and organizations fighting piracy need to start engaging the end-users. Let them know the dangers of such criminal activity to the industry where their favorite movies are being produced. They should also learn about the dangers of buying pirated content.

A strong public relation is required to sustain the fight against piracy. Let users know that their devices could get infected with malware by downloading and installing pirated software, etc.

By the way, who buys the pirated and original content? It’s the end-users. So, if consumers can stop patronizing pirates, many of them would be out of business in no time.

Pirates know how to cover their tracks. That is one reason the fight to stop piracy has been challenging for the parties involved. There’s a need to know the content being pirated, including where the action is taking place.

How is this possible? The answer is technology. With the right technology, pirates will be rendered powerless. AI monitoring of video streams can be useful in this regard. If there’s a breach, swift action is crucial to return things to normal.

Law enforcement agents should be actively involved in the fight to stop piracy. They should also treat pirates as criminals. Arrest distributors or sellers of pirated materials will help.

All pirated content should be off the internet as quickly as possible. Google and other search engines should be tasked to ban websites sharing pirated applications, books, films, etc.

Is piracy a victimless crime? No. Only those benefiting from piracy would think it’s a victimless crime. There are victims, just like in the case of robbery. Piracy affects intellectual property owners, distributors, end-users, and employees. It has made thousands of people jobless.

Many people in the affected industries no longer invest heavily in making blockbuster movies, video games, and apps, as pirates are always around spoiling the party. It’s hard to recoup the money invested in such projects, let alone make a killing when pirated have flooded the market. So, we must all rise and put an end to piracy.